Illustrator, web designer, and rabbit lover, Abi Cushman writes about sassy animals on her two websites: My House Rabbit (yes, rabbits are verrry sassy) and Animal Fact Guide, which was named a "Great Website for Kids" by the American Library Association. This month she celebrates her author/illustrator debut with #firstpicturebook Soaked!—"a great story about finding joy in the moment, whatever it might be, and learning to let go of your expectations.... A sure hit for any kind of weather, and every kind of story hour." (School Library Journal)

Q. What inspired SOAKED!?
A. In August of 2017, I was on a walk with my family about a mile from home when a torrential rainstorm struck. Normally, we would have started running. But unfortunately, I was 8 months pregnant at the time and I was down to one option: waddling. I told my husband to go ahead and run home with our daughter without me. What I realized on my slow, soggy walk home was that once I was completely soaked, the rain was actually kind of nice. I thought it would be fun to show a character having that same realization in a picture book.

Q. How did you pick the title of your book?
A. "Soaked" was a word that was pretty prominent throughout the story. It seemed simple and to the point, so it stuck. I realized later that my book shares its title with some other books on Amazon that are slightly more... salacious.

Q. Do you write by hand or on the computer?
A. I mostly write by hand. I start with sketches and snippets of text in my sketchbook. Then I move to thumbnails, and then to a rough mini-dummy. After revising it with my critique group and agent, I will create a more polished dummy using Adobe Indesign. I type in the text then and also scan in tighter drawings.

Q. What is your favorite part of the book? And was that part in the first draft?
A. My favorite part of the book is the spread where Bear's looking for his blue bumblebee umbrella and Badger says she could only find her blue bumblebee umbrella. It was a part I added in during my revision process. And I liked it because it helps develop Badger's storyline and character. Plus, it gives the reader something to consider- did Badger steal Bear's umbrella or does Badger happen to have the exact same taste in umbrellas as Bear?

Q. How did you select the names for your characters?
A. Bear, Badger, Bunny, and Moose don't exactly have the most unique names. :) But I did choose a badger and a bunny as characters because I liked the alliteration of B sounds in my opening scene, which is then interrupted by the appearance of a Hula-Hooping moose.

Q. What made you decide to tell the story in first person?
A. Writing the story in first person meant I could reveal who the narrator was in a page turn. When I was first brainstorming the story, I thought about revealing the narrator at the end, similar to THE BEAR ATE YOUR SANDWICH or SNAPPSY THE ALLIGATOR, but I abandoned that idea and revealed the narrator (Bear) in the second spread. I also really liked the idea of an unreliable narrator where you could see in the pictures that Bear's recounting of events did not always match reality. It allowed for a lot of humorous moments.

Q. Did you write the story first, then illustrate it? Or did the images appear before the words?
A. The images came first. I played around a lot with the image of a drenched, miserable bear who then finds joy in splashing around in puddles in my sketchbook.

Q. Did SOAKED! receive any rejection letters? If so, how many (ballpark)?
A. My agent submitted it to two publishers, and it received one rejection and one revise-and-resubmit. After submitting the revision, we got an offer from Viking!

Q. Describe your reaction when you received an offer on SOAKED!.
A. I was about to head into a meeting with a library director about their website (I've been a web designer/developer for 15 years), when I got an email from my agent. She said that the editor and art director at Viking loved my revision and more details would be forthcoming in a couple weeks! I was so excited that I told everyone at the meeting that I got a book deal. I called my husband and my mom from the car after the meeting and emailed my siblings when I got home that it was finally happening! Everyone was ecstatic. The next day, it occurred to me that I didn't actually see the word "offer" anywhere in the email.
So for the next two weeks when people congratulated me after hearing the news from my family, I'd say, "YEAH!! I GOT A BOOK DEAL! I mean, PROBABLY I THINK... IT LOOKS LIKE I COULD... MAYBE!!!"

Q. How long was the publication process for SOAKED!—from the time you received an offer until it was printed?
A. I got a verbal offer mid-May 2018 and signed the contract that August. I started edits and final art in December and finished everything up in September 2019. It pubs on July 14, 2020. So a little over two years from offer to print.

Q. Was there a part that you really loved but had to edit out? Or did you think of something later that you wanted to add?
A. No, Tracy and Jim, my editor and art director, really got what I was trying to do with the story. So their input only made it better. When I first got their edit notes, Jim had told me, "Don't worry, it's not that bad." and I opened the document and their comments said, "Combine these spreads so you have room for a new ending. We don't know what it is, but we're sure you'll think of something good." And I thought, "Yes. Sure. Just need a completely different ending. Great. Great." But it turned out to be fine, and I actually appreciated their trust in me, and the fact that I was both the author and illustrator of the book because I needed to add words to make it work.

Q. Is there an author secret in the book?
A. I don't think there's necessarily a secret in the book, but I really enjoyed giving Bunny and Badger their own little side stories in the pictures, with Bunny putting on Bear's shrunken sweater and Badger appearing with a suspiciously-similar umbrella to Bear's. I hope readers will have fun picking up on details like these in the illustrations.

Q. Did you create any book swag for SOAKED!? If so, what kind?
A. I made some stickers to include with signed books for a preorder campaign with my local indie, Bank Square Books, and I also created an activity guide and craft which you can find at my website.

Q. What is your #1 tip for picture-book writers?
A. Make a dummy. Even if you're not an illustrator and just use stick figures or art notes on each spread, it will help you with the pacing, the word count, and page turns.

Q. Do you have a favorite writing exercise or marketing tip that you can share?
A. I never start writing by typing up a manuscript on the computer. Instead, I keep what I call an Ugly Sketchbook. It's where I put all my ideas down, either written or doodled. I don't worry if it's a good or bad idea or if the drawing looks nice or not. I just allow myself to record all my story ideas in the sketchbook and capture them in the quickest way possible, in words or doodled facial expressions or roughly-drawn scenes. In doing so, I'm able to think visually and in a non-linear way. Later, I can go back through my sketchbook and put the pieces of the puzzle together to create a story.

Q. What are you working on now?
A. I am working on the final art for my second book with Viking, ANIMALS GO VROOM! It challenges readers to guess what goes roar, hiss, and honk and has little peekaboo windows. I'm excited to share it with everyone in the summer of 2021!

Q. Is there a public launch for the book (reading/party at bookstore, library, etc.)?
A. I was planning on having a big launch party at my town's community center. But unfortunately, plans for that have been put on hold due to the pandemic. But I hope everyone will help me celebrate virtually by following along on the Soaked! Blog Tour!

Q. Where can people find you on social media?
A.

Congrats Abi on your author/illustrator debut! If you have read SOAKED!, please consider writing your review on Goodreads.

Loved reading the behind the scenes! Great work and congrats!

Thank you, everyone! I'm so happy I got the opportunity to share a peek behind-the-scenes here on Karlin's blog. Thanks so much for reading!

This book is a must read and study for me. Congrats on your adorable and beautiful debut! 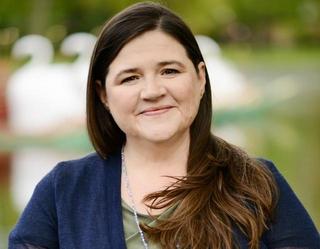 Hayley lives outside of Boston with her husband John. Their two terrific kids have flown the coop.

So what are Hayley's 5 Favorites?:

I love to write while standing at my kitchen island.

I don't use mentor texts often, but I'm a dedicated re-reader of books I love. I recommend returning to childhood favorites. Read them again and ask yourself a few questions. Why did you like this book when you were a child? Do you still see now what you saw in it then? What do you admire about it?

Don't throw a good idea or turn of phrase away. If it won't work in the project at hand, tuck it someplace safe for future reference. It may belong in a different book.

It's important to network outside the children's literature community and share our books with those who might find them particularly appealing. Have you written a tennis book? Find the tennis people!

Attending local book launches for my friends and colleagues is always a blast.

To learn more about Hayley and her work, visit her website.

As always, if you have read the author's work, please take a minute to review them using the above links.